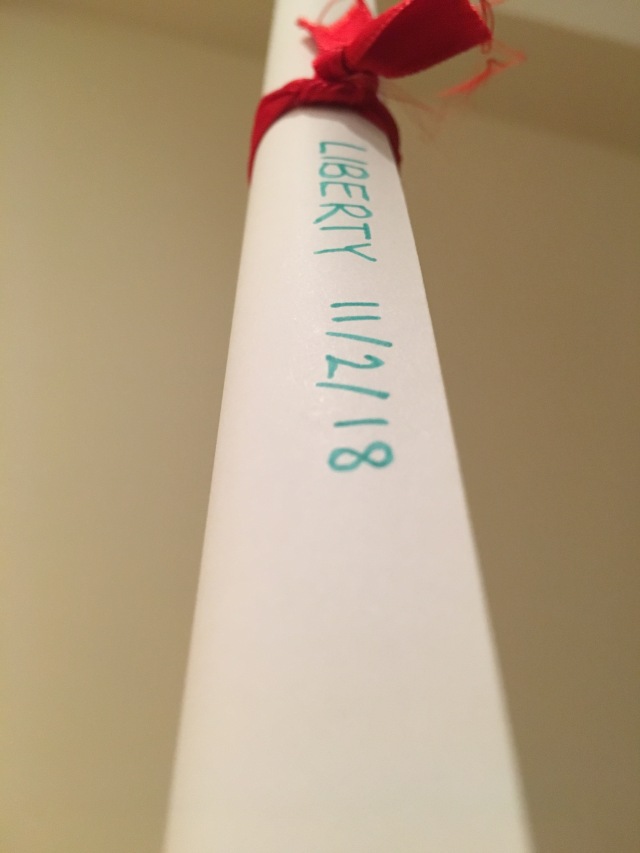 On the Sunday I had a day of creating, writing and sharing the prophetic poems I wrote. It began with attending Liberty Church in the morning and writing a poem for their church. At the end I handed it to the pastor and as I did so he was super touched and explained he would love me to meet his wife. She ended up walking over to us and was in fact the woman I had noticed earlier in the service anyway, as someone I felt God highlight to me that I needed to meet. We got into conversation and as we were chatting I remembered that my new friend had told me that I would get along well with ‘the pastors wife’ and should inquire about what she does for work. So I did. Her reply was incredible. She told me about the fact she helps with her friends’ charity, Harmony, who was met by Jesus in a strip club where she was working and her life was forever changed and set free in that moment. As a result she quit her job and instead set up a charity that goes into strip clubs and ministers to the women’s hearts there with the truth of who they are and their value. Amazed by this, I asked her what the charity was called. Ashley replied saying: “it’s called Treasures“. Almost speechless I reached into my bag to pull out one of the little prophetic letters I had been writing that morning for the people I would meet that day. I turned it over to show her that on the back I had written “Treasured22“. Wow. And these were mainly written for those within the fashion industry, the place I have a huge heart for! In beautiful shock, I suggested I would love to hang out more and hear her story. 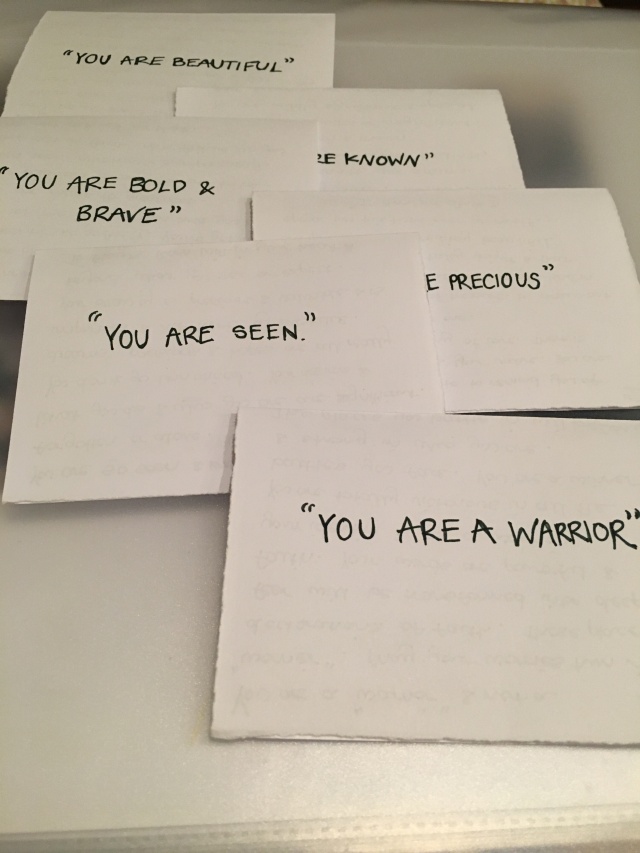 Then later that afternoon I attended another church service called, Trinity Grace.  I felt a prophetic poem sizzle up in me and so I wrote it down. Towards the end of the service, after the ministry time and a profound word about the gift of music and God releasing new songs through people, I overheard a girl next to me singing beautifully. She noticed me too and asked to pray for me. While doing so, I felt to share the poem I had written for her church. She was so encouraged by it and suggested I shared it with the pastor, so led me over to him. I followed! He was from South Africa and this made me feel at home right away. He read it there and then and nodded in agreement. With few words my way I was left wondering how it sat with him. He asked my name and then went to the front to close the service. Just as he was about to close he shared this “just before we close I was just shown a poem written by Jessica who I would love to come and share this with us”. A little jolt in my tummy occurred as I began to walk up to the stage and stand in front of the mic. Wow, this was not what I was expecting. Standing in front of the congregation I gave a quick testimony and overview of my journey and how I had randomly arrived into New York and I shared how I felt God wanting to bring “NO SHAME” to their city. I then read out the poem. I began to shake as I was filled with such a deep passion and hunger to see New York touched with the loving presence of Jesus in a fresh way. By the end of sharing the poem I had a few come up to me with tears in their eyes, explaining how relevant the poem and word was for them. I was touched by this moment of courage and spontaneity, and blown away that my simple presence, words and courage could bring a room of people breakthrough and faith.

This left me fiery and expectant for all that God could do with my little pocketful of faith and ability to trust I was there for a reason, despite having no plan. The next stop, after some yummy dinner with some friends, was a fashion and model party that me and my new friend wanted to attend. We rocked up to it without a ticket and found that it was near the end so there was no need of a ticket. Surprised by this, we walked right on in. Surrounded by some pretty fashionable people, my outfit felt a little out of place! Yet I didn’t let that stop me. There were a few girls towards the top of the room that were highlighted to us, so we walked on over to them. After introducing ourselves and chatting for a while, I felt to share some of the notes I had written that morning with them and that were relevant to each individual. I found it such fun having the opportunity to encourage them with truth and help them to see themselves through Gods’ eyes. One was a photographer and kindly informed us the best spots to get into the shows and how to find out when the next ones were. We left excited for the shows that we might get to miraculously see that week. 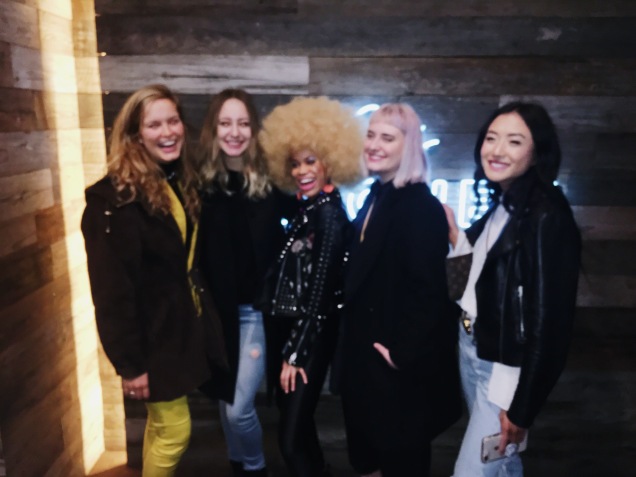