Just before graduating from Falmouth I was wondering what I would be doing next. In November a thought popped into my head…“why don’t I do the application for Bethel, as I am sure they will ask me good questions and through that I might discover the route I want to take next”. So I did just that. Over Christmas I wrote out my application and then decided to send it in anyway. I didn’t really tell many people that I was thinking of doing this as it wasn’t a solid idea yet.

However during the next few months I had some crazy things happen in relation to confirming that this would be my next step. One friend messaged me out of the blue, who had no idea I had applied for Bethel, that she had had a dream of us both driving to Bethel for a conference and that I was staying longer, but she wasn’t sure for how much longer. This blew me away, as she honestly had no clue I had applied. Then I had other friends also who had visions of me at Bethel and were 100% sure I would be coming. It was crazy how much more my friends believed I would be coming than I did!

Fast forward some time. The interviews happen and I then find out that I am given a place at the school. Much to my surprise, I didn’t really know how to react to this news as I hadn’t really applied to get in. I burst into tears of joy, yet was then blown away with so many doubts about whether or not this was a good plan. So, so many doubts.

(For those who don’t know, Bethel is a church in Redding California that run a school of supernatural ministry and host Jesus’ presence in a powerful way. They have seen so many miracles and daily live out of a intimate relationship with Jesus. They impact people globally daily through their local church).

Then one night before going to bed I asked God, “if you really want me to go, please make it even more obvious”. I woke up the next day to a message from a random girl saying she had been praying about housemates and kept getting the name “Jessica” and wondered whether I might like to house with her. This blew me away due to the timing of it and the fact that I had specifically been saying to Jesus that I didn’t want the hassle of having to find housemates!

Over time we eventually found a group of girls also willing to house together and began to hunt for our accommodation. My sister during this process reminded me to dream big and to write down a list of my dreams, no matter how impossible or silly they seemed. So I did just that. Shortly after I found a complex that fit the dream list I had written almost perfectly. After hearing it is a really popular location we were put on the waiting list and simply prayed for a miracle. Just a few weeks before having to leave the UK we discovered the housing was available! Miracles really do happen.

Then the final confirmation came during my time at Focus, a church week away. One morning I asked God, “if you’d like me to go to Bethel please make it clear and let me know what date I should go?”  I heard him say the “22nd” which is my favourite number. Then that night I was at a silent disco and there were three channels: red, blue and green. The green one however was silent. The year before a friend and I thought it would be fun to call the green one the “Holy spirit channel” and ask for pictures from God for specific people in the room. We then had a wild time going round and telling people what we felt Him saying and that ended up birthing a project I then did for the rest of that year. As a result I decided to do that again. So I asked Jesus for a picture and almost immediately I was a caterpillar and then a butterfly. So I started to roam around the room to see who I felt God tell me it was for. A friend stopped me while I was walking to ask why I was on the green channel. I looked at him and simply said “oh there’s a lot on green!”.  Then as I was walking on I felt God nudge me, saying the picture was for him. So I turned back and explained why I was on green and that God had given me a picture that I in fact believed was for him. So I then promptly shared it with him. To my encouragement he responded with joy and said how relevant that was for the season he was about to walk into (little did I also know that that day was his birthday and he’d kept that quite quiet. He later told me that moment had been his highlight of the 24 hours). Then just after I had finished sharing with him, a woman came up to me. She looked at me in a way to say “I know you and I don’t know how”. Then it clicked in her and she said out-loud “you were the one who gave me that butterfly print at David’s Tent last year”. I couldn’t believe the connection. Especially as a butterfly was the picture I’d seen and what I’d just shared with this friend. She continued to ask me “are you going to David’s tent this year?”. I responded saying probably not and replied the question. She then told me they wouldn’t be as she said “we are going to Bethel”. When that word came out her mouth I could not believe it! Bethel! What!? I said: “what I’m going to Bethel too! Are you doing the school?”. After her telling me that they too were doing the school I couldn’t believe it. I then thought to ask her when her and her husband were flying out there. Her response blew me away. She said “we are leaving on the 20th, arriving there of the 21st and driving up to Redding on the 22nd!”  Wow. I burst into laughter saying God had literally told me that morning I would be leaving on the 22nd and asked whether I could possibly get a lift with them from the airport.

I left that silent disco in awe of the goodness of God and His faithfulness to divinely connect me with the people He has already planned out for me to connect with. This was the most confirming moment in my heart that there is a significant reason why God wants me at Bethel and that it will be a transforming year, learning to fly, be seen and create with the Lord.

Within the last few years I have slowly begun to trust that my “yes” to Him is the most significant thing I can give Him. Simply by saying yes I have been to countries I never expected to go to and been on wild and life changing journeys. 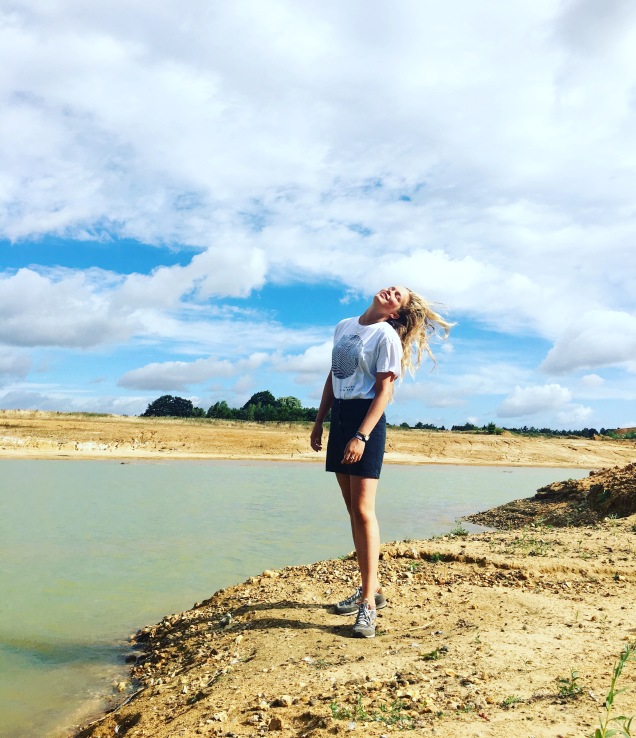