“You are a box breaker.

You’re not made for the norm.

You are made to shine.

Not made to conform.

We will let out our roar.

The day began with Kristene Demarco’s closet sale. It was buzzing with so many girls flooding into this little house. I didn’t even know where we were going until two minutes before, so felt a little amazed to see so many people early in the morning. We had a fun rummage through their clothing and I bought a few little items, one being a fun pair of shoes I felt would be useful with Bethel life.

We eventually got out of the buzz and began our journey to Hatchet creek waterfalls. We soon arrived at the car park, with the help of a few directions and then began to try and find them. It was an adventure trying to find them at first as we went completely the wrong way.

The water was so flipping cold I didn’t even think of getting in. So we soon decided to go to our next stop, Shasta Lake.  This filled my heart with such joy seeing an expanse of water. I love water A LOT. 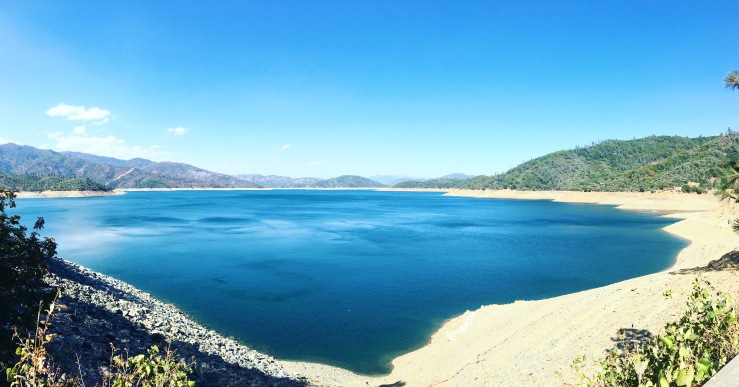 We went for a swim all together and just as I got in I asked if there were any animals in the water. They responded ‘no’. Then while swimming we spotted a huge pile of black hair floating in the water. We swam over and jumped out the water in shock to realise it was an animal! We went over to find out what it was. Hannah was the brave one and prodded it with a stick. We soon realised it was a dead baby bear!

Amazed we got it out and then walked back to our stuff. On route back we spotted some guys coming down the slope. Lo and behold it was Sam Granger and Matt. This was amazing as Matt had been at the closet sale in the morning and Sam had been at the pool party the night before. Small world! They too couldn’t believe about the dead bear.

That evening after dinner at Chipotle, Alley and I went for a drive to the boys worship night. On route we had a conversation about how we both used to get the fits of giggles when we were younger and wouldn’t be able to control ourselves. I was amazed to hear of someone else who had that too.

Then we arrived to their insane house. The atmosphere when arriving felt a little strange and almost serious. Alley and I began to dance around the kitchen, laughing and dancing with a piece of kitchen towel each. I couldn’t help but laugh and dance. We mirrored each other and let go completely of what anyone might think. Then Alley started to beckon to me to follow her as one of the guys leading the evening was asking us to follow him. He took us from the very back into the centre, to dance. I was amazed and kept going. Blown away that he had seen we carried the presence, we kept dancing and I felt the atmosphere shifting. It was crazy. We got super passionate and totally joy filled. The worship changed dynamic and the joy flooded the room. It was beautiful and contagiously free.

Then after it we were so tired we lay back on a cushion. And right after my legs hurt so much I could barely move. As a result I sat down to stretch them out. I had some amazing chats with Alley as she was in agony too. Through us sitting and having real conversations we began to attract others who came and sat with us to chat.

The evening ended with a bundle of uncontrollable joy and the encouragement from the guys there not to hide the joy we carry but to freely express it no matter the time. It is contagious and life giving. Joy simply is a gift and can even bring healing to people. It really is the catalyst for revival.