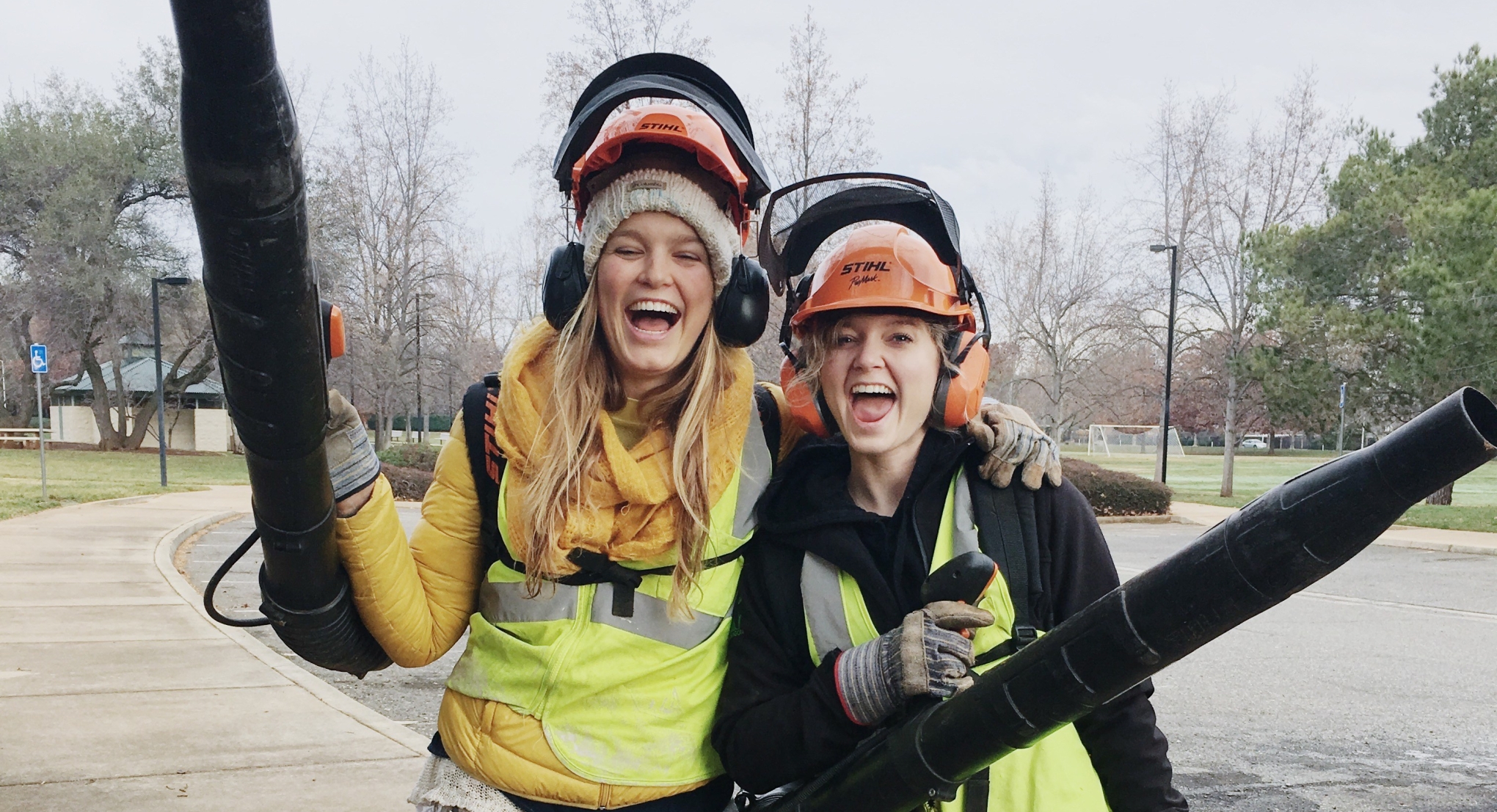 This week we had the honour of Steve and Wendy Backland coming to speak to us about the power of what we believe and the thought pathways in our mind.

Below I will paste in the notes I made from some of what they said as it was incredibly powerful. We become the very thoughts that we believe about ourselves. Our minds are phenomenally influential and are worth taking attention on to pluck out the negative and lie-based beliefs and to replace those with life-changing truths…

Then at the end of the week we had the honour of getting to serve our city by clearing out Enterprise park. We cleared leaves, branches, swept up rubbish and cleaned areas. It was the physical analogy of washing our cities feet and I was excited by this opportunity. At the introduction meeting they asked who would like to use the blower machines and without even thinking my arm went up immediately. I didn’t quite know what it involved but I soon learnt the easiness of the machine and was set to work. We began on the basketball courts, clearing the leaves of the ground. Before doing so the assistant gave me extra ear plugs to protect my ears from the sound. As a result, I could barely hear anything. Therefore while blowing all the leaves off the court I began to sing at the top of my lungs and almost dance with the machine as I saw the powerful effect of simply directing the tube towards the ground and watching all the leaves in front of me flee! I started a dialogue with God at this point, asking him what this blower machine in my hands represented in my life. In that moment I heard Him say “your voice and worship“. I was stunned. In seeing the visual representation of this right in front of me, I was blown away! My voice has this impact around me? I can move ashes, leaves and dead things out of the way when I speak and worship? The more I let this sink in, the louder my worship and song became and the more I began to dance with joy around the basketball court.

The air from the tube I suddenly saw was the breath and roar of heaven over my life. That my voice and roar is actually simply the echo of the roar of heaven. It is not my voice or roar that shakes the earth….it is God’s. The machine almost sounded like a lion roaring and in that moment I felt a touch from heaven, more significant than ever before.

MY FATHER ROARS OVER ME. HIS ROAR SHAKES THE EARTH, MOVES THE MOUNTAINS, PARTS THE SEAS, UPROOTS EVIL, BRINGS PEACE, CLEARS THE GROUND, SPEAKS LIFE, REDEEMS THE PAST, BRINGS HEALING. 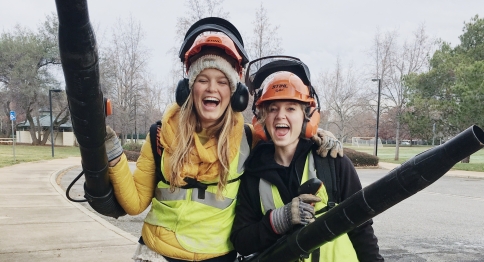 Wow.
This revelation began to sink deeper and deeper as my joy levels rose and rose. It is nothing to do with me or my sound, but ALL to do with heaven and God’s holy thunderous roar over me and my life.

Soon enough we were led to a new area to clear the leaves from. This time there were 1000x more leaves and even further that we had to blow them to. On looking at the project in front of us, I could only see hope and joy, as the basketball court had taught me the significance of what I was really doing. As I looked at the pile of leaves in front of me, I pictured them instead as a symbolic representation of the ashes, lies and fears in my life that God was wanting to move from one place to another and to clear the neurological pathways in my mind to restore wholeness and new depths of freedom, identity and destiny in my life. It was a powerful picture of how clogged up sometimes our minds can get with lies and how the internal battles are fought with the words that we speak aloud to combat the lies in our minds.

So the blowing began…. and so did the singing and laughing!

Zrooooooooom. Whooosh…..slowly all the leaves began to move, section by section. Just watching as I would blow them and they would create a path where there was no path was almost surreal. I knew before the power of my words, but during this, this revelation sunk SO much deeper.

OUR WORDS CAN CREATE AND CHANGE WORLDS.

YOUR WORDS BECOME YOUR WORLD

The result was incredible and I believe these pictures sum up what I am trying to articulate perfectly….