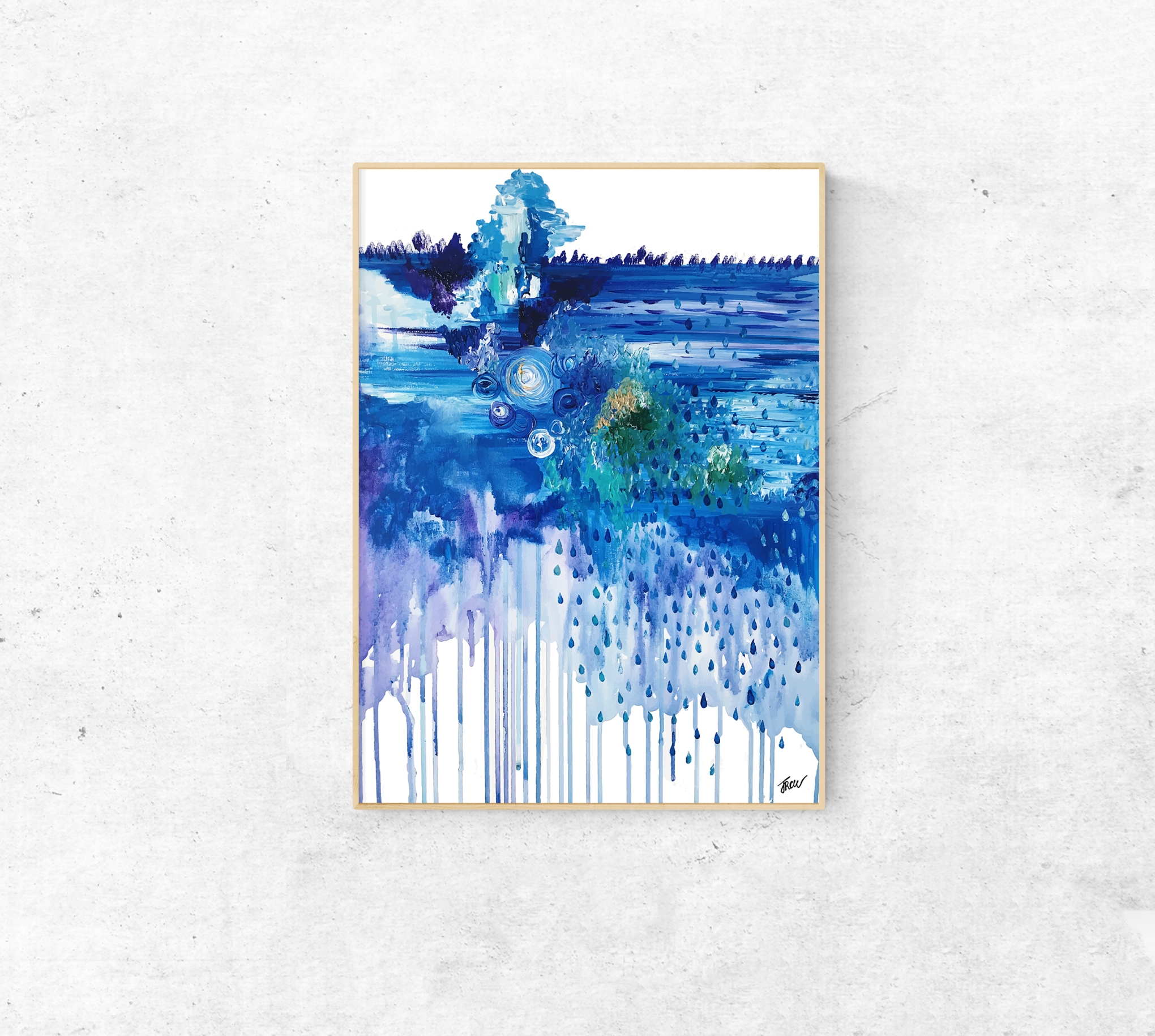 My Process Behind Piece

Just a day before painting this piece, I was watching the movie “The Arrow” with a family. It is based around family life. There is a part in the movie where the Father goes from being incredibly absent, angry and avoidant of their families problems, to becoming aware of his need to change, ask for help, be present with his children and fully understand the significance and authority that he carries in his children’s lives. There is one point of the movie that moved my heart most – The oldest girl is getting into a harmful relationship with a guy, but due to the absence of the father, he doesn’t notice that she is starting to bend the rules and sneak out. It took a traumatic event to happen and the father to hear his little girl’s scream from the street for the issues to arise to the surface.

Later in the movie the Father comes to the girl to apologise for his absence and how her trauma was due to him not being present. This to me was a beautiful reflection of the importance of the Father’s role in protecting, admitting fault, disciplining and speaking up with their children.  Our generation has been told that we are the “Fatherless generation”, yet “The Arrow” gave me hope in seeing the visible heart transformation of this one Father become fully present and alive with his children. Watching him embrace the Fatherly embrace from God first and asking for help from Him, enabled him to then Father and love his children in a deeply profound way.

While painting this painting I had no plan other than to express God’s heart towards “Fatherhood”. It was a spontaneous abstract piece. While painting though I was stunned at one point that the shape of my brush mark made a tear. Tear upon tear mark I placed upon the canvas. These flowed down from what I felt was the ocean’s surface. I felt this was a significant reflection of the cries and tears of many that have gone before us for the presence of a Father. Then once I was done, I was stunned to see that in the middle at the top it looks like the outline of people along the line and then a larger figure right at the centre giving someone a hug. I was blown away that out of my abstract painting it was actually revealing the “Father’s embrace”. It was a confirmation to me that for our generation my heart cry and prayer is that the Father’s and men will arise and receive the embrace of their heavenly Father, so that they too can create a ripple effect across the earth of the healing, safe embrace of the Father. That instead we might be known as the “generation that knew the embrace of the Father”.

My Poem about Fatherhood

Flooded by a moment
A lack of fatherhood.
Yet met in the aching.
With how you are so good.

A Father to the orphan.
A Father to your daughters & sons.
A Father fully present.
Who finishes what He begun.

Hand reached out and ready.
Present in the pain.
Hoping for the memories.
To be covered in His rain.

Golden and fully glowing.
Protective of our hearts.
Radiant and freely flowing.
Becoming His children here on earth.

Asking us deep questions.
Inquisitive of our thoughts.
A very safe presence.
In our weakness is where you’ve fought.

You’re a healer to the past.
With an embrace that heals our hearts.
With our fears, to you we cast,
The broken and missing parts.

You create a picture out of dust
A Father to your children up above
Built upon such solid trust.
Our hearts now sing of your love.