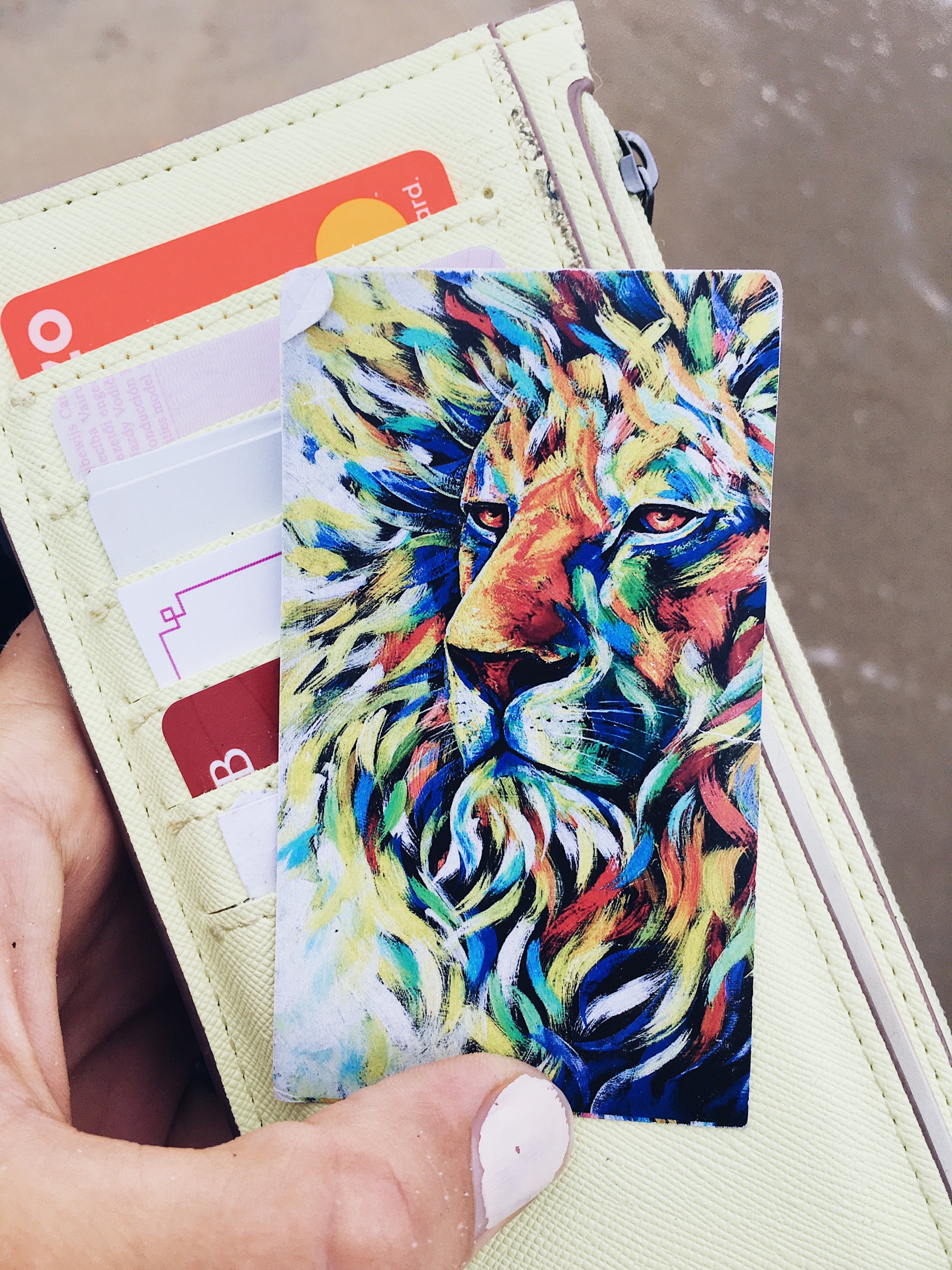 After having time with my friend Christina Webb, she dropped me at a cafe called “Three Ships” just by Virginia Beach. When I arrived there I got a confusing message that frustrated me. So after trying to work a little bit I decided to shake off the feelings while walking. I walked down to the beach and had a beautiful surprise when I arrived to the water’s edge. It was much more beautiful than I expected. I walked down the stairs onto the boardwalk and kept walking until I decided it was time to dip my toes into the sand. I took off my shoes and began to quick walk over the hot sand. I found a spot to leave my things, near an older couple who kindly watched them for me and I plunged into the water. Swimming butterfly stroke at one point. This felt really prophetic and profound to me as I seem to swim butterfly at important places and in marking moments. I truly come alive in the water and just slotted right back in to my happy place. Diving under waves and lulling over them too. It was magical. As I was starting to get out and walk over to where I left my things, there was a guy that walked past me that caught my attention. Not in a creepy or romantic way. But in a marking way. I couldn’t take my eyes off of him as I was able to see in the spirit this remarkable glow and light over the top of him. I either thought I was going crazy, or that this man had a significant call and light over his life that in that moment I was honoured to get to see. I watched him as he walked down the beach away from me and remembered the pattern on the back of his top. Something inside me wanted to run after him and yet another part really didn’t want to and thought I was crazy. So I stood still unsure what to do and which part of me would win this internal battle. Eventually I decided I needed to walk and dry off anyway, so I picked up my bags and began to walk in the general direction the man had gone down the beach. By this point I had lost all sight of him and felt crazy to even think I would find him on such a busy beach. But I kept walking. I was walking for a good while, when I began to wonder if I’d ever find him. As I was about to give up I heard the Lord whisper to me “just get to the rocks”. I could see a pile of big rocks on my horizon, so I kept walking. When suddenly from a long way off, I saw the top of the same man. I could see it just before he began to take it off. Thank goodness I did otherwise I would never have known it was him. In shock that I had found him and that he was just in front of the rocks, he did a loop and began to walk back towards me. Shocked and unsure what I was even going to say, I just let him walk on by. I couldn’t believe it and felt so ridiculous. I stood by the rocks and on the rocks for a while still questioning if I was just crazy or if I should really speak to the man. The longer I stood there to question, the further away he was getting again and the less and less easily I could see him. Just when I lost vision of him, I decided I had nothing to lose and couldn’t ignore the beating in my heart and the beckoning of the Lord to speak to this man. So I began to walk after him again! This time I walked and ran in stints. I still couldn’t see him but prayed and said to the Lord I would really know he wanted me to speak to him if I managed to find him again, after losing him twice. While I ran and walked the Lord started to make it really clear to me why I was chasing after this man and exactly what He wanted to say to him. He said to me “there is something in your wallet I want you to give him”. I remembered I had a business card with a picture of a colourful lion’s face on it and knew that was what I needed to give him. Then midway I stopped to put my white shirt on and felt the Lord say “women have tried to run after him with bad intentions. But I want him to know that I am chasing after him with a radically, pure heart”.

With each step that I ran, I felt the Lord’s heart more and more for this man. It felt like an honour to feel a part of the Lord’s heart for his children I never had before. I felt the Father’s heart in such a pure way, and felt the extent to which he runs after us without us even knowing. No matter how many times we think He has lost us, He keeps running.

Suddenly I spotted the man way further down the beach, still walking. I kept running to catch up. Until I ran past the place I was originally swimming and had set out after him in the first place. How ironic! I ran beyond that spot, under a pier and then finally I caught up with him. I spoke up to get his attention and as I got to him I began to share everything the Lord had been speaking to me about for him. With no fear about how crazy he might think that I am, I shared everything the Lord had downloaded to me while running after him. I said something along these lines: “Hi there, this is really crazy. But you might recognise me from all the way back by the rocks. Without sounding crazy or creepy but I wanted to share with you what happened. I had gone for a swim and when I got out I noticed you walking along the beach. It was wild because there was what seemed like a huge light over your head and everything else on the beach went dark around you. You were shining. I was crazy. In that moment I decided to try and catch up with you and managed to lose you twice along the way. I felt the Lord’s heart for you so strongly saying “come home” and that no matter how far you walk away, He is chasing after you every step of the way. You are phenomenally special to him. I for one, have never run after a stranger along a beach like this before, but knew I couldn’t ignore the beat of the Lord’s heart for you. There is a stunning calling over your life and even if I just get to tell you that, this is all worth it. Also while running after you, the Lord told me there was something in my wallet for you”.

As I went to get the card out of my bag, the guy interrupted me and said “I can’t believe this and just want to encourage you with how spot on this is. I have a faith but have been struggling in my faith for the last 3 months. I am working in a really challenging environment and this is so incredibly timely. Your courage to run after me is so inspiring. Thank you”. With tears in his eyes, I began to tear up and share how extraordinary this whole meeting was and that I could literally feel the Lord’s heart for him beating so gently and yet fiercely. I also encouraged him that if he shines that much along a random beach, to a stranger even while his faith is shaky, then that is truly saying something about the man and the call over his life.

Once I ha found the random and colourful business card, I handed it to him. “So this is for you. I felt the Lord tell me that you are designed to be a colourful lion. You are not made to blend in with the crowd or be a normal coloured lion. No. You are made to stand out, boldly and bravely and unashamedly. It takes much more courage to be fully yourself then blend in with the other lions around you. This is just a little reminder that this is who you are”. He replied with surprise in his eyes. “This is crazy as the branding on the company I work for is of a lion”.

Wow! I asked if he had solid community around him and after hearing he didn’t, I encouraged him to connect with “BraveCo men” and to plug in with other inspiring faith-filled men. He explained his work space wasn’t the easiest environment and I simply got to encourage him that him and his wife are in that area for a reason. Because the men around him are made to be led by his example and not meant to influence his character. He is born to lead others into greatness. His struggles are not a weakness but his strength and his tears are a gift. He shared he was a Father to a little one and really understood the analogies I used to explain the Father’s heart after him. Just before we parted ways I prayed courage over him and he shared that he would walk back to his car and just weep with how good God is. He was rocked.

I shared with him that I didn’t know why I was really in Virginia and that even if this was what the Lord wanted me there for, then it was worth it.

After I walked away, I knew deep down that this moment was incredibly significant and significant for more than just this one man. It felt like a call out to every heart, particularly the men out there searching for identity and purpose. It felt like a reminder that your Father is RUNNING AFTER YOU in a radical and pure way. He is chasing your heart down and wants to infuse your heart with courage, hope, peace and remind you of the power of being authentically and unashamedly YOU! You are a colourful Lion. YOU WERE NEVER MADE TO FIT IN… BUT TO STAND OUT AND UP FOR WHAT MATTERS. Your voice, your heart, your calling, your light are significant. You carry something that no one else can. And it doesn’t matter how many times you feel you’ve lost your way, He will find you again and again! You are not alone. You are pursued by the heart of the Father. He sees you. You are bold and brave. Free to be UNASHAMEDLY YOU!